Jayapura, Jubi TV – The Community Care of Far East Mimika (LEPEMAWI) accused PT Freeport Indonesia of lying during a hearing with Commission IV of the House of Representatives on Tuesday, September 27, 2022. During the hearing, Freeport official Tony Wenas claimed that the Company’s tailings management had been in accordance with regulations and had not caused either environmental or social problems.

According to Wenas, the tailings generated from Freeport’s mine are non-toxic, harmless, and have proven to be safe because they have been freed from mercury and cyanide before being discharged into the river. Wenas also mentioned that potential siltation of rivers due to sedimentation from tailings discharges had been well anticipated by building and expanding tailings embankments on the Ajkwa River in accordance with Freeport’s 1997 environmental impact analysis (AMDAL) document.

However, according to LEPEMAWI, Toni Wenas’ confession does not match the facts on the ground. Freeport’s tailings disposal through rivers to the Arafura Sea has caused environmental damage and material and non-material losses to residents who live far from Freeport’s mining operations.

“It should be noted that Freeport has until now used only the concession area to map the impact on residents and provide compensation. Therefore, Freeport only recognizes five Kamoro tribe and three Amungme tribe villages affected by its operations,” said Doliey Kum, General Coordinator of LEPEMAWI.

The five Kamoro villages are Nayaro, Tipuka, Ayuka, Nawaripi, and Koperapoka, while the three Amungme villages are Singa, Arwanop, and Waa. Freeport, according to Doliey, is reluctant to take responsibility for the losses experienced by residents due to mining operations outside of these villages.

In fact, far outside Freeport’s concession, there are approximately 23 villages in Jita District, Agimuga District, and Far East Mimika District, that are suffering from Freeport’s tailings. They have never been recognized by Freeport as villages affected by its operations,

A more severe consequence of Freeport’s unanticipated tailings disposal is the deposition of material in the riverbed, resulting in the siltation of the river. This river, before it silted up, was a means of transportation for the local residents. Now the river is impassable.

Freeport spokesperson Riza Pratama said siltation was a natural process that occurred on the southern coast of Mimika Regency caused by high sedimentation due to the area being surrounded by high mountain ranges and has high rainfall.

“Based on monitoring by the Meteorology and Geophysics Agency (BMKG), the Mile 50 area in Tembagapura District, Mimika Regency has the highest rainfall rate with an average annual rainfall of 12,143 mm and experiences 329 rainy days per year, making it the wettest area in the world. The high rainfall causes erosion that brings sediment from the high mountain ranges to the lowland areas through river flow,” Riza said.

He further explained that natural sedimentation meets tailings flow from Freeport’s operations causing a siltation process that only occurs in the Ajkwa Estuary. And this has been predicted and reported in the AMDAL. Freeport, Riza continued, has obtained permission from the central and regional Governments to manage tailings deposits in an area of 23,000 hectares of land called Modified Ajkwa Deposition Area (ModADA), and the remaining sediments will be transported to the Ajkwa Estuary and the Arafura Sea.

LEPEMAWI asserted that ever since Freeport poured billions of tons of tailings into the Aghawagon, Otomana, and Ajkwa Rivers, indigenous people living in the three districts have lost their means of river transportation.

To date, at least 230,000 tons per day of Freeport tailings have been discharged into these rivers. More than six thousand people in the three districts are the direct victims of the environmental damage caused by Freeport’s operations.

In addition to the Aghawagon and Otomana Rivers, which are used as tailings disposal streams up to the embankment, according to Doliey, there are at least six other rivers that have been destroyed or even lost due to Freeport tailings, namely Ajkwa or Wanogong, Minajerwi, Yamaima, Nipa, Kopi, and Sampan. These rivers have silted up due to sedimentation from Freeport tailings, narrowing their mouths and becoming landlocked.

The loss to these three districts is enormous. The river ecosystem, which previously served as a living space and source of food and livelihood for residents, is now damaged. The fish have died and disappeared at least three times. The first incident was recorded in April 2016, when millions of fish were floating rotten on the west embankment of Freeport to Amamapare harbor.

Ki Bagus added that a resident of an affected indigenous community told him that his daughter in Pasir Hitam Village had an acute illness, namely sudden headaches, skin diseases, shortness of breath, leg and hand cramps, and loss of appetite.

They suspected that this happened because they stood and walked on tailings every day, breathed tailings air, bathed in tailings and washed with tailings water.

PTFI tailings do not only affect humans. Crocodile habitats in rivers and estuaries are also disturbed by Freeport tailings, forcing crocodiles to enter residential areas.

“This year alone, at least three incidents of crocodiles entering residential areas have been recorded. First, on January 21, 2022, a seven-meter-long crocodile pounced on a resident in Ayuka, Far East Mimika District. On February 17, 2022, a crocodile appeared in a residential area around Pomako Bridge 2 in East Mimika District. Lastly, on March 16, 2022, a crocodile appeared in the Mozes Kilangin Airport area,” Doliey said.

But Riza emphasized that Freeport built and maintained embankments in the West and East of ModADA, including extending them to ensure tailings remain within government-approved boundaries. The embankments protected areas outside the tailings management area, including Kamoro customary land, mangrove ecosystems, Lorentz National Park to the east, and shipping channels for the Port site and the public jetty at Pomako, Riza claimed.

Doiley said Freeport was currently developing and optimizing its underground and open-pit mines in Mimika Regency to a maximum capacity of 300,000 tons of ore per day. According to him, this must be followed by updates and adjustments on the environmental impact analysis (AMDAL).

“Freeport must adjust and update its AMDAL document,” said Doiley.

He said there was indeed a process of preparing a new AMDAL in the midst of the COVID-19 pandemic. But this process is full of irregularities. It was carried out in a short time and was not transparent, the draft document was hidden and there were allegations of manipulation of residents’ approval.

The letter, said Doiley, stated that the basis for the AMDAL training activities was the Minister of Environment Regulation No. 17/2012 on Guidelines for Community Involvement in the Environmental Impact Analysis and Environmental Permit Process.

“Everything seems rushed and that indicates Freeport’s attempt to trick residents by utilizing the acceleration of the discussion and preparation of the AMDAL, riding on the back of the Covid-19 pandemic at that time,” Doiley said. (*) 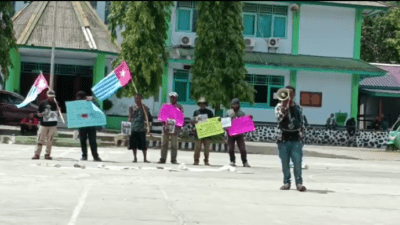 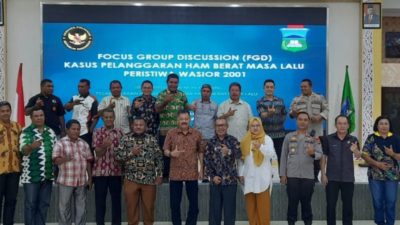 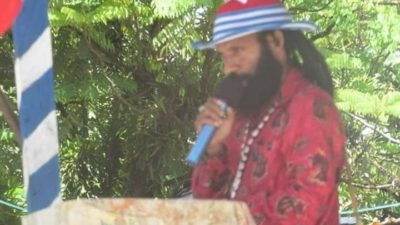 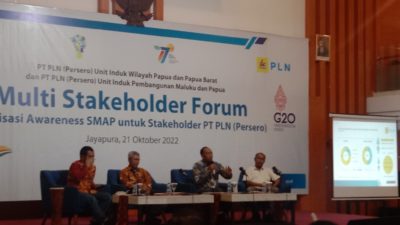 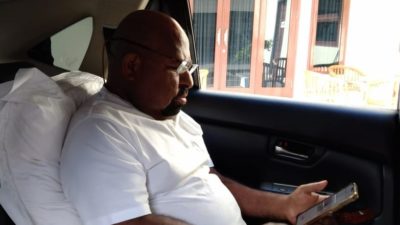