Jayapura, Jubi TV – Following the murder of four Papuans in Timika, Mimika Regency – Arnold Lokbere, Rian Nirigi, Elemaniel “Leman” Nirigi, and Atis Tini, the family of victims said they searched for the bodies without the help of the police, Indonesian Military (TNI), or Mimika SAR team. The family has been searching for the victims ever since they went missing on August 22, 2022.

“We reported them missing but there was no movement from the police or the SAR team. So we were looking for the victims ourselves,” said Pale Gwijange, cousin of the late Arnold Lokbere, during a protest with other victims’ families at KM 11, Wania District, Mimika Regency on Monday, August 29.

Gwijange regretted the mass media coverage that said the police searched for the murder victims when in reality they did not, not until Monday at least.

“Until today, there is no such thing as police or SAR team searching for victims’ bodies. The two bodies that have been found were found by the people and the family. We regret the false narrative in the media,” he said on Monday.

“The other two, Irian Nirigi and Atis Tini, have not been found until now,” said Gwijange.

The victims’ families said the murder was a gross human rights violation
and demanded President Joko Widodo, the TNI commander, and the National Police chief be held responsible for the killings.

“It was a premeditated murder. We do not accept the death of our family members. They are all civilians. They had nothing to do with the armed groups,” Gwijange said, adding that there was an attempt to eliminate evidence by burning the car used by the victims, in addition to mutilating the victims’ bodies before drowning them in the river.

Papua Police spokesman Ahmad Musthofa Kamal said the killings might be related to a weapons trade as one of the four victims was linked to an armed group.

“From the results of the investigation, one of the victims namely Leman Nirigi is a sympathizer of an armed group led by Egianus Kogoya who are actively looking for weapons and ammunition in Mimika Regency,” Kamal said, as quoted by Benar News.

However, Gwijange said, the four victims were all civilians. Three victims were residents of Nduga Regency while Atis Tini lived in Timika.

Wirya said TNI members suspected of being involved in the killings must be tried in a public court instead of military courts or only face internal sanctions. Amnesty, said Wirya, urged the authorities to ensure that there is no impunity in this case.

Separately, Gustaf Kawer, a Papuan human rights lawyer, said the killings were a shame to the Indonesian government, which was currently talking about resolving human rights violations. President Joko Widodo has talked about establishing the Truth and Reconciliation Commission but sadistic killings and mutilations keep occurring in Papua.

“TNI Commander Gen. Andika Perkasa and Army Chief of Staff [KSAD] Gen. Dudung Abdurachman have ordered the Army Military Police [Puspomad] to investigate this case thoroughly. We are committed to upholding the law and will impose strict sanctions for those proven guilty,” said Teguh. (*) 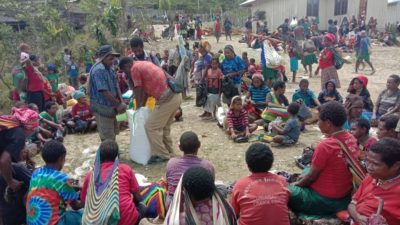 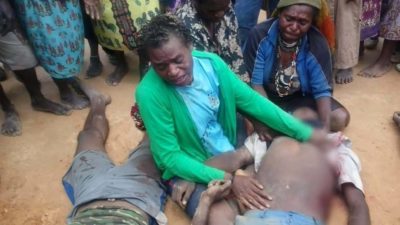 Jayapura, Jubi TV – The families of the victims of “Bloody Paniai” expressed their disappointment… 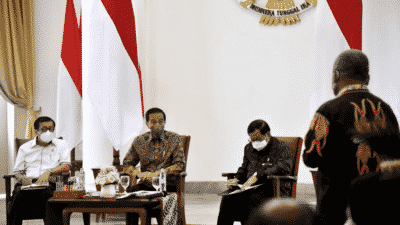